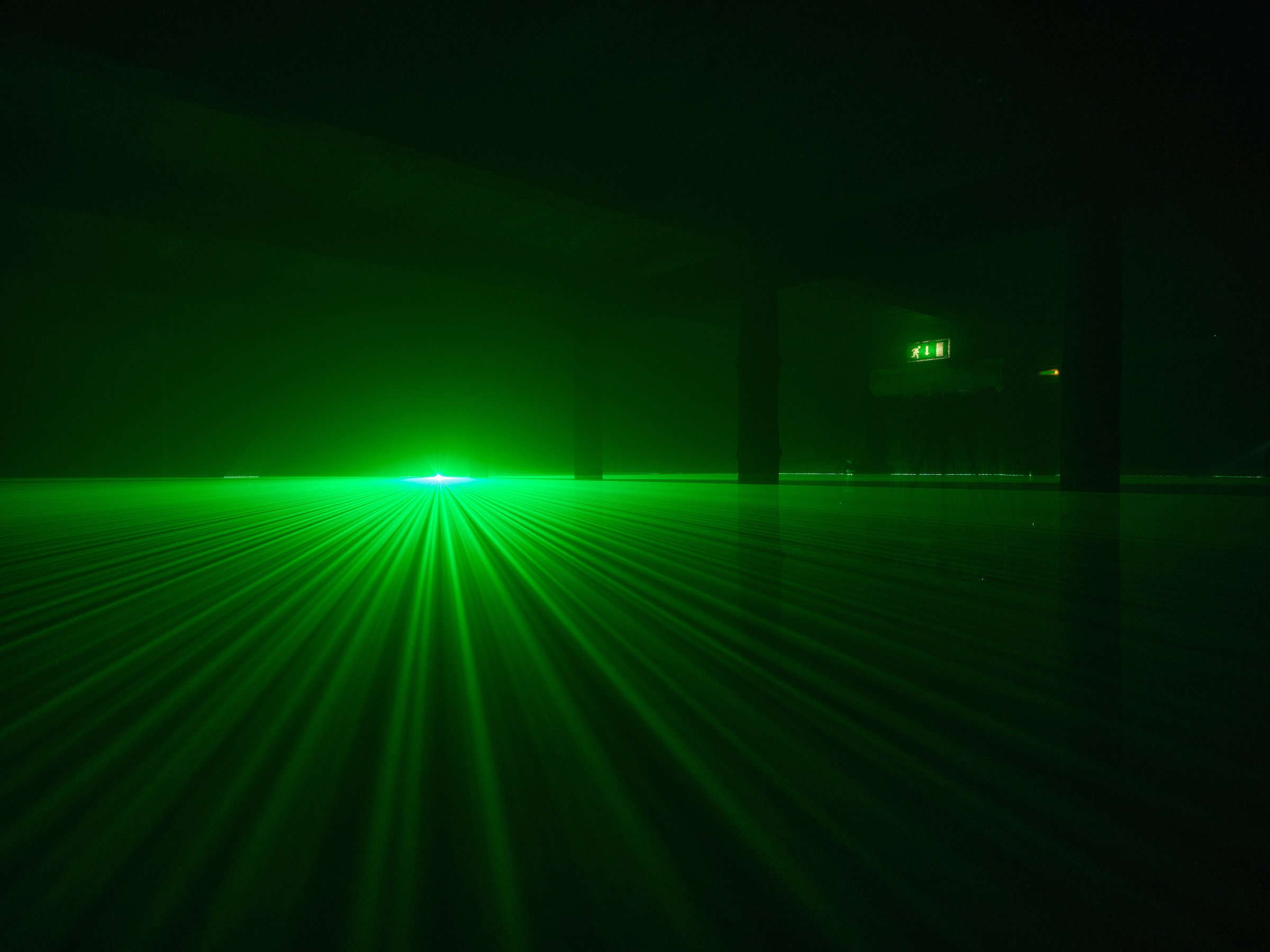 Finnbogi Pétursson is one of Iceland's leading contemporary artists. He studied art at the Icelandic College of Arts and Crafts from 1979 to 1983 and then at the Jan van Eyck Akademie in The Netherlands from 1983 to 1985. He held his first solo exhibition at Time Based Arts in Amsterdam in 1985 and has since held numerous solo exhibitions and participated in numerous group exhibitions around the world.  He represented Iceland at the Venice Biennale in 2001.

The art exhibition FLÓI is open every day from 13.00 - 18.00 in the Hillebrandtshús, which is located in the old town of Blönduós. The location is marked with orange on the map below. The last day of the show is Sunday, August 14th. Admission is free. 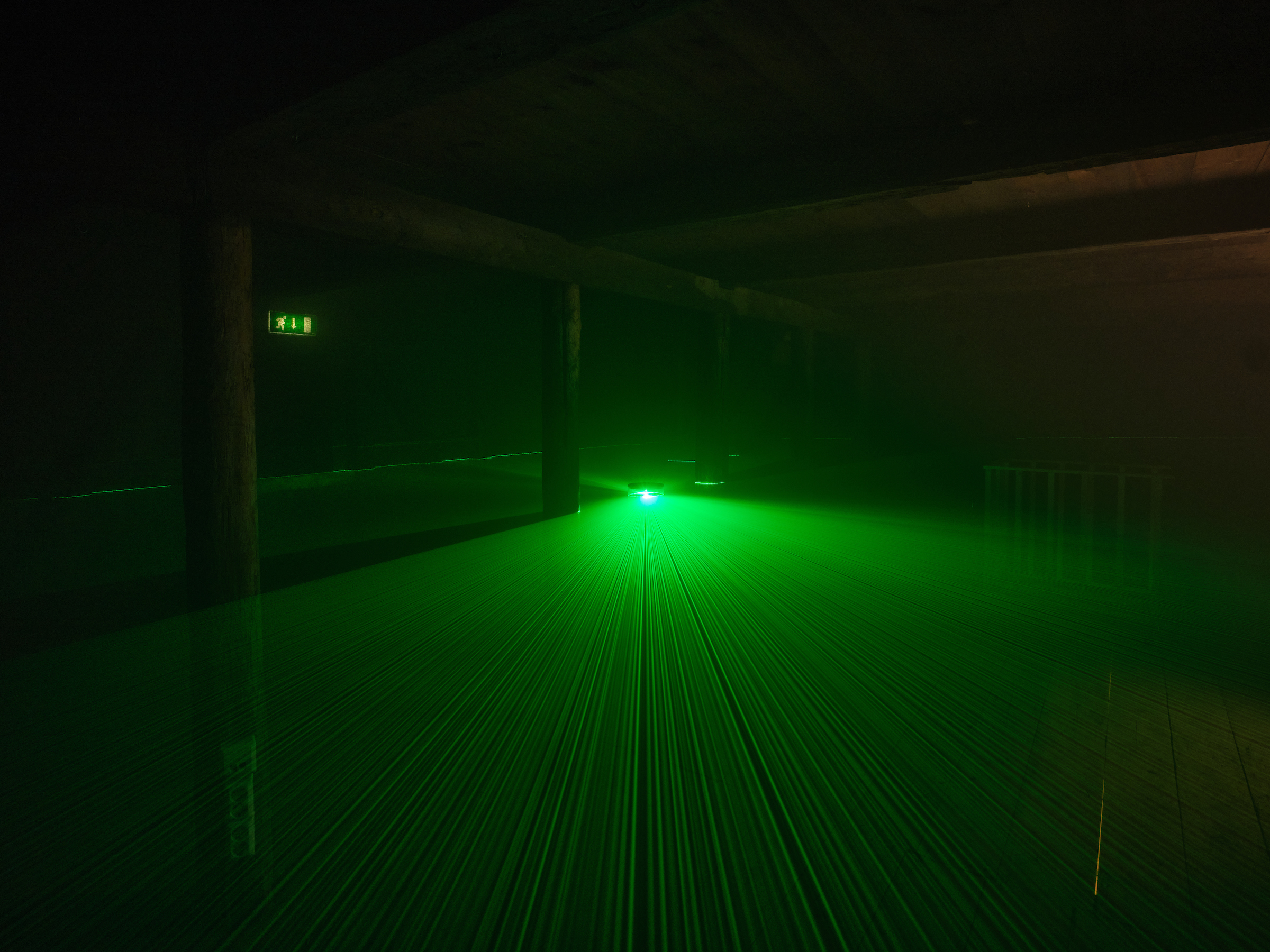 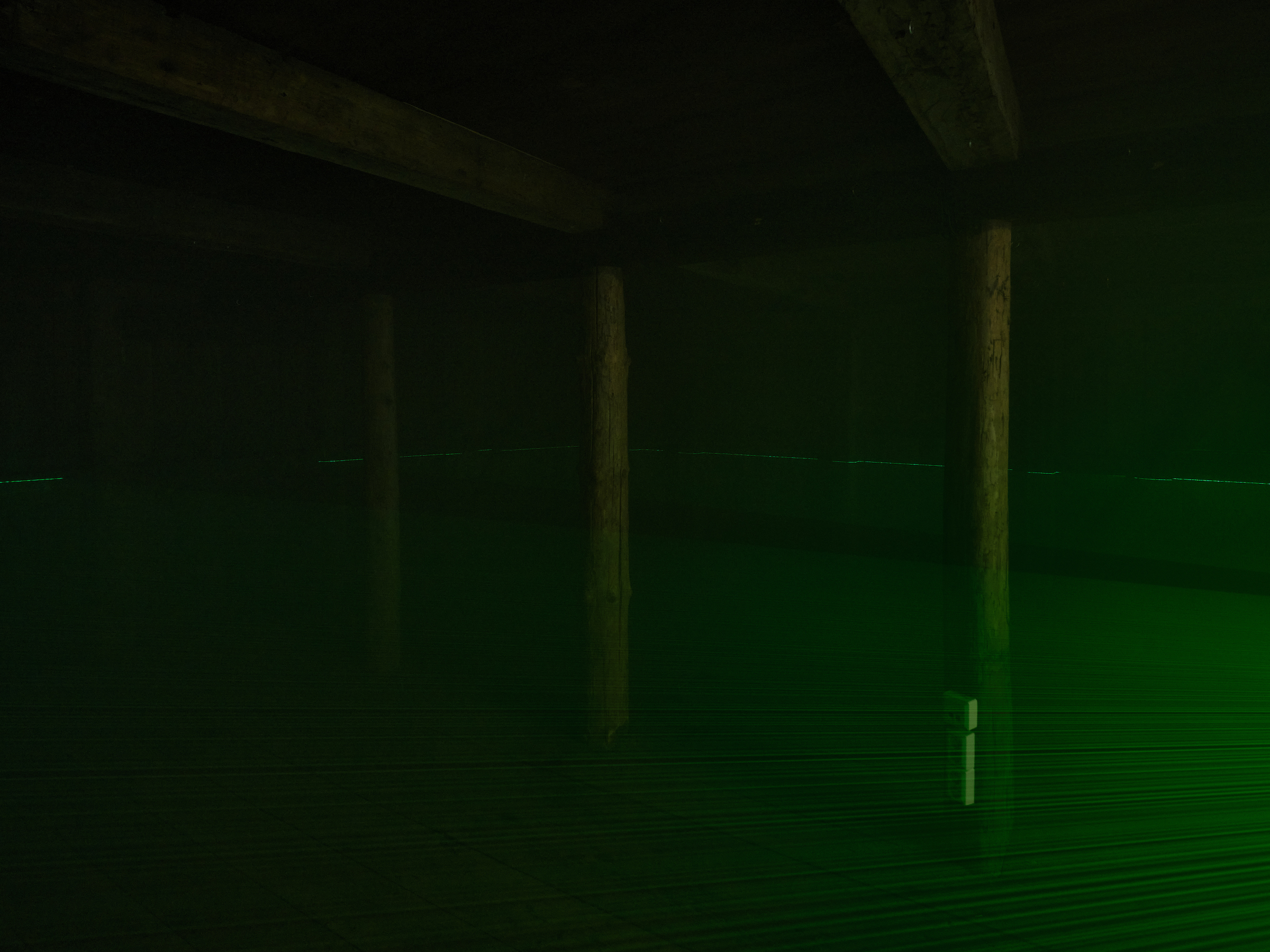 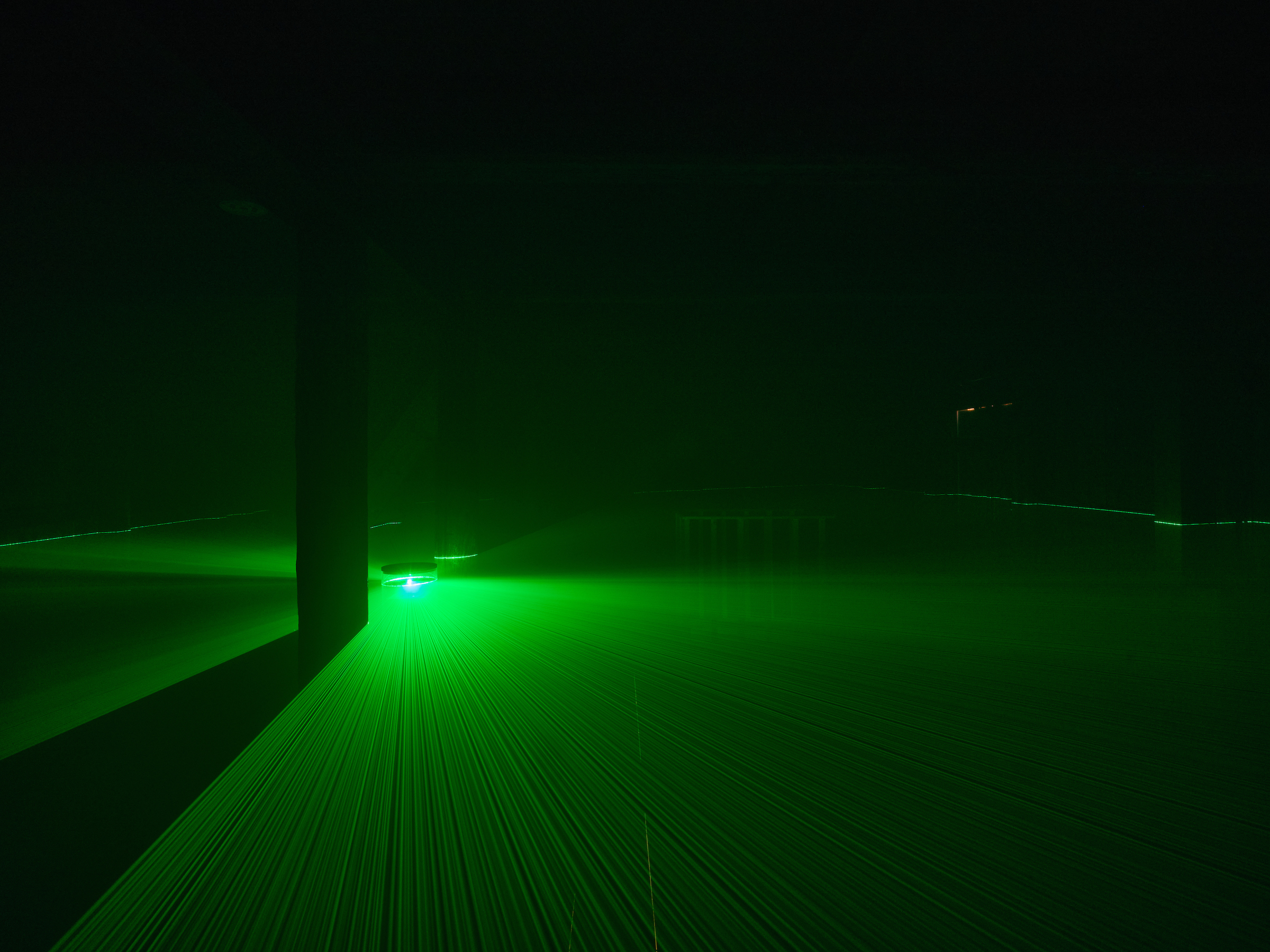 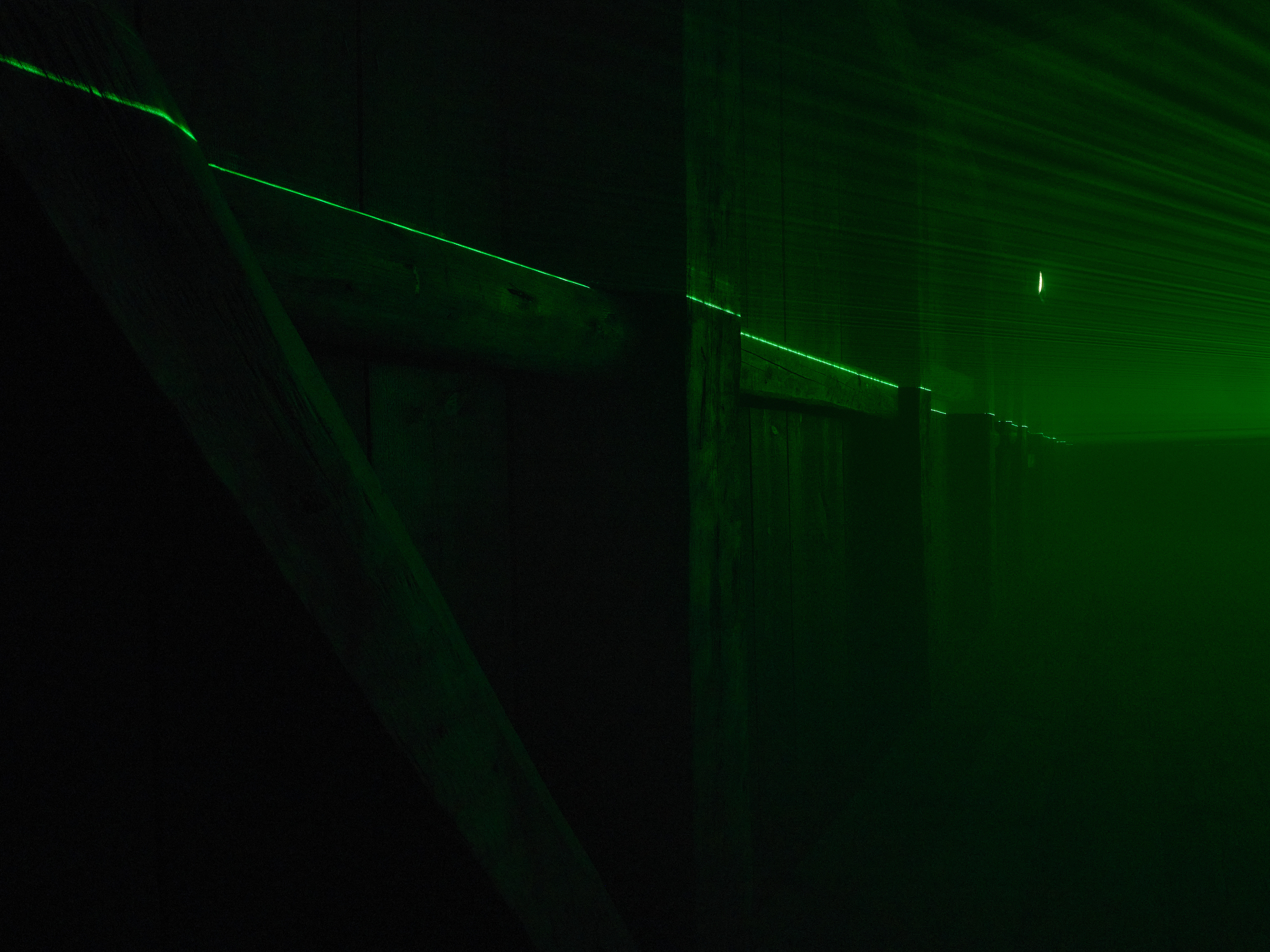 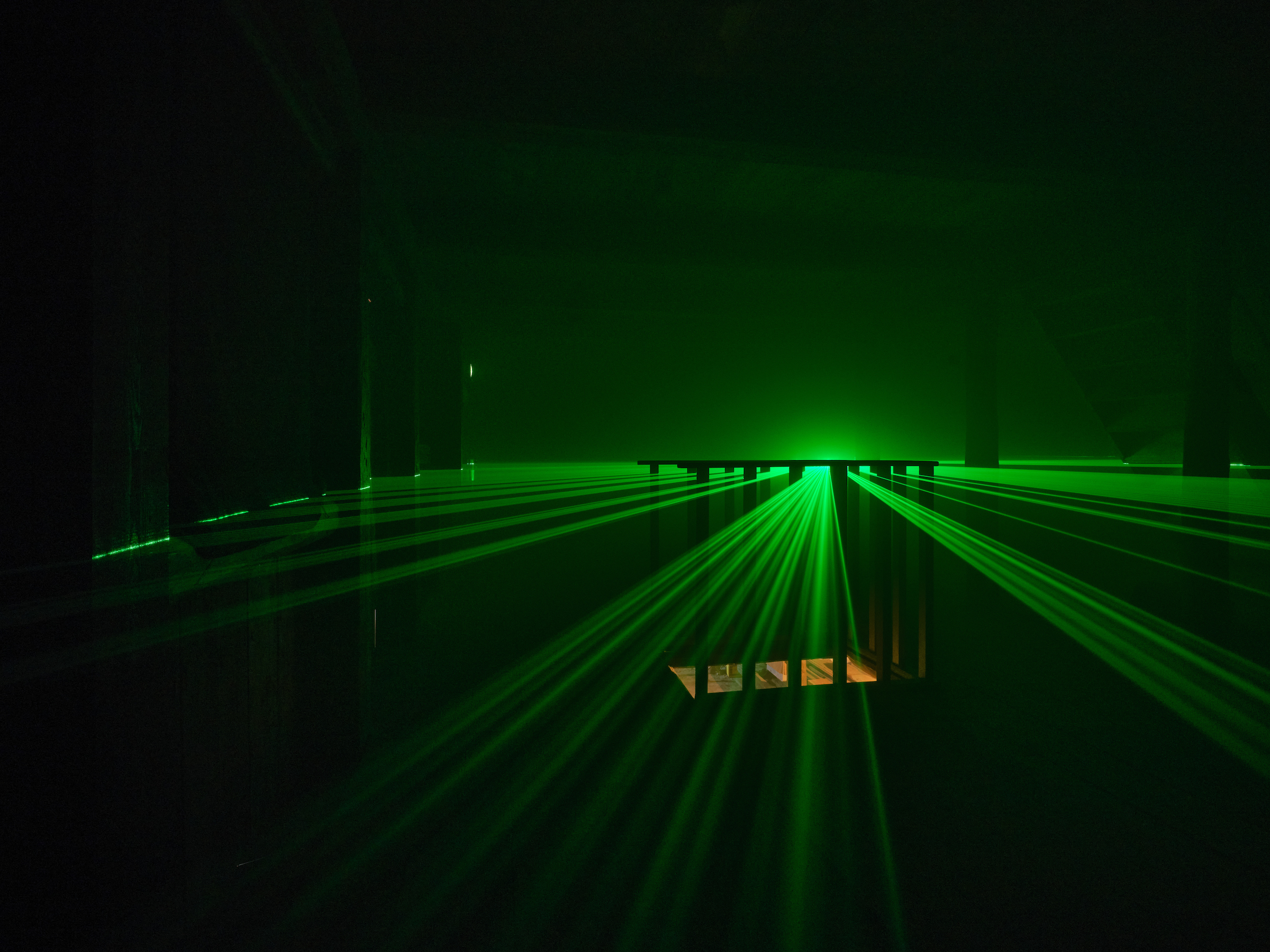 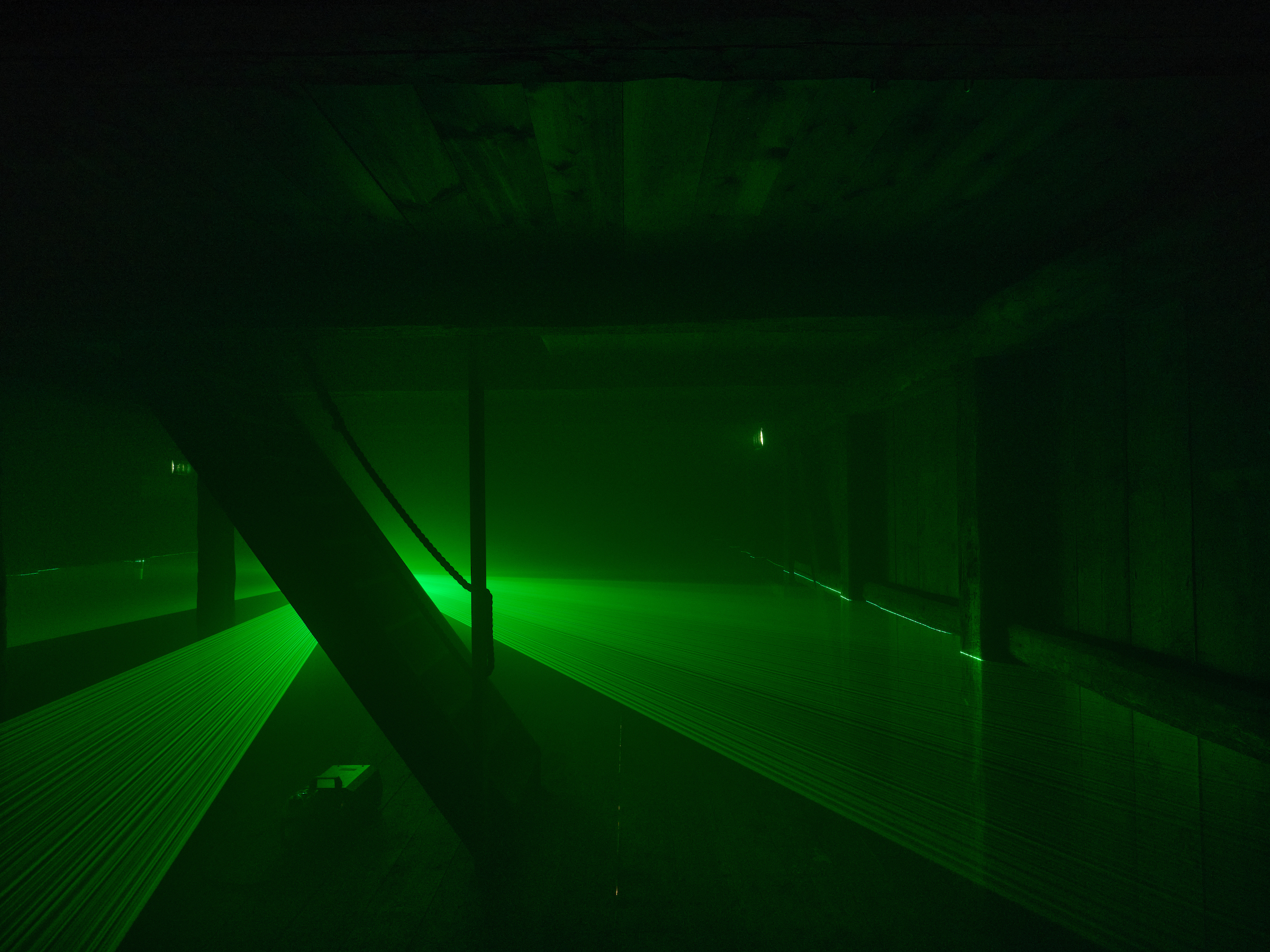 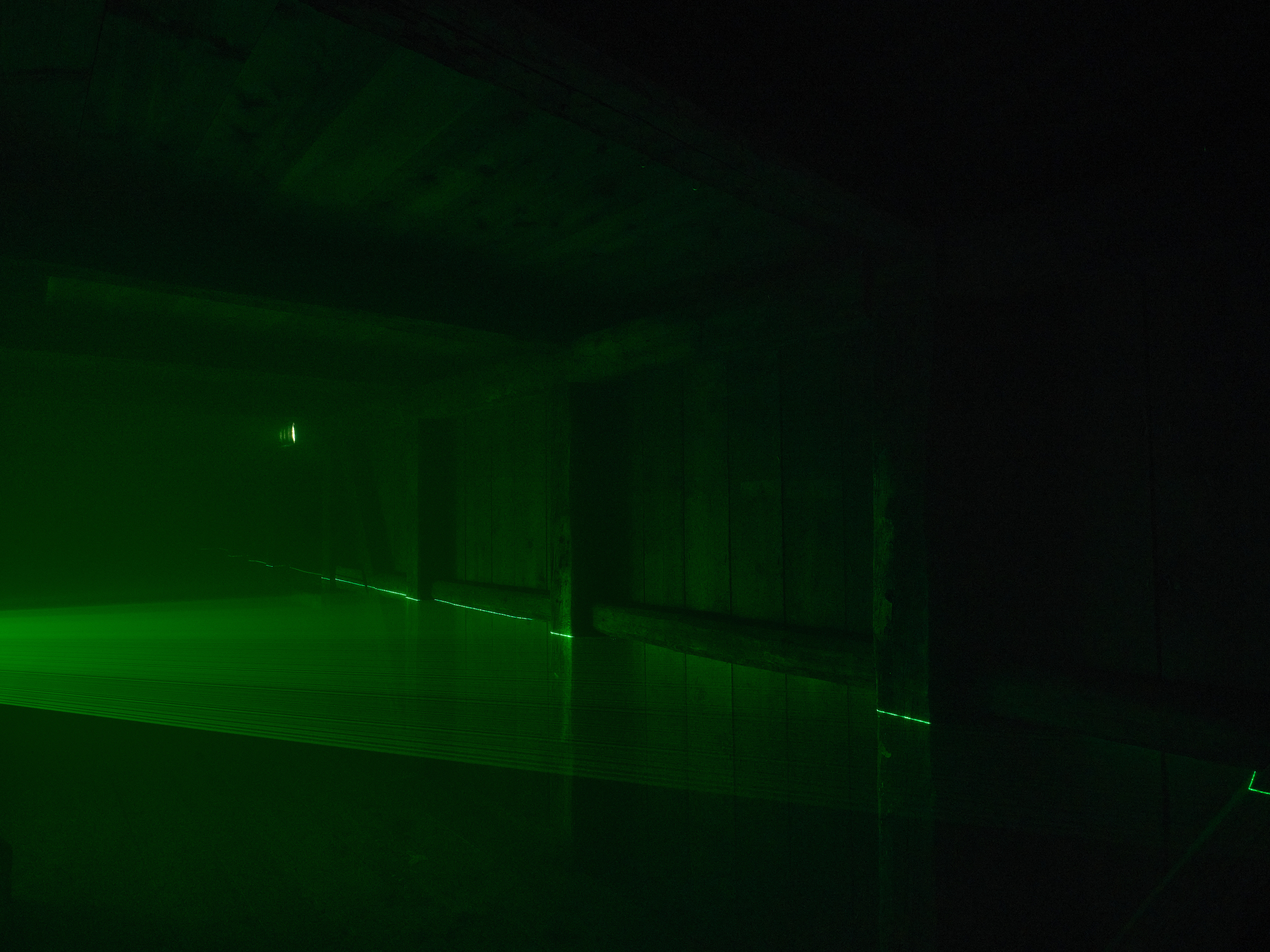 Finnboga Pétursson succeeds in what many try, but not everyone is given - connecting art and science convincingly and without pretension. Looking back over his over forty-year long art career, he is more or less always grappling with the difficult task of bringing complex physics to a simple and easy-to-understand visual form. He is like a teacher with a vocation that is constantly disseminating information about the deepest arguments in existence: time, silence, fire, water, distant stars, trembling earth, eternity, and just all the forces and forces that drive the universe forward.

Finnbogi is a device caller. In his work, he uses complex techniques of ingenuity and outreach and mixes elements from all kinds of gadgets to produce the images he wants to show the viewer. He plays on the viewer's perception by highlighting the ripple water surface and dragging by siphoning geometric drawings to the wall, turning a house structure into an instrument, or by filling a glass ball of tape with a recording of total silence. Such a move from one sensory field to another provides insight into another dimension and deepens the artistic experience of the viewer.

However, it is not so simple that it can be said that Finnboga's purpose with his artistry is to explain the nature of the universe to the rest of us or to confuse the audience by letting them see what they hear or vice versa. Like all good artists, Finnbogi does his work in many songs, both in depth and breadth. And he's a romance of God's grace. His work always has a subjective connection or a match to an aspect of our daily lives or behaviors that are not necessarily romantic in themselves, and more often than not, the information is supported by scientific arguments. But in conjunction with the clear image displayed by the work itself, this comparison between human existence and the great powers of nature presents a sense of man's smallness in the face of the grandeur of nature in those who watch and enjoy. It is often said that it is precisely in such a relationship, or a relationship switch, that the poetic depth or artistic beauty is created.

The work Flói has all these elements. It has a foray into many, if not simply all of Finnboga's earlier works, but waves of various types and sizes are one of his main challenges, such as light, sound, electric waves, radio waves, seismic waves or waves in water. Here we get to experience on our own the tides where Húnaflói and Blanda meet and everyone who knows that there are no small powers there. The technology is there, the wars and the fragile. A large part of the equipment is on board rafts, superseded by the power of the ocean wave rising and falling here outside the inundation. The experience inside the actual installation is primarily visual, but it triggers a strong physical sense of balancelessness, possibly nausea. The raft itself has as a symbol of many meanings. Notably, he has strong references in contemporary times when there are daily reports of people putting their lives and limbs at risk of flinging themselves between continents in simple boathouses with the hope of gaining happiness and a better life.

Here you go, come on in. Start your senses and imagination and experience the Gulf to the fullest!

Finnbogi Pétursson was born in 1959. He studied at the Icelandic College of Arts and Crafts in Reykjavík and Jan van Eyck Akademie in Maastricht in the Netherlands. Works by him can be found in public museums and private collections around the world. He has held numerous exhibitions at home and abroad. He represented Iceland at the Venice Biennale in 2001.

The following parties supported the project: 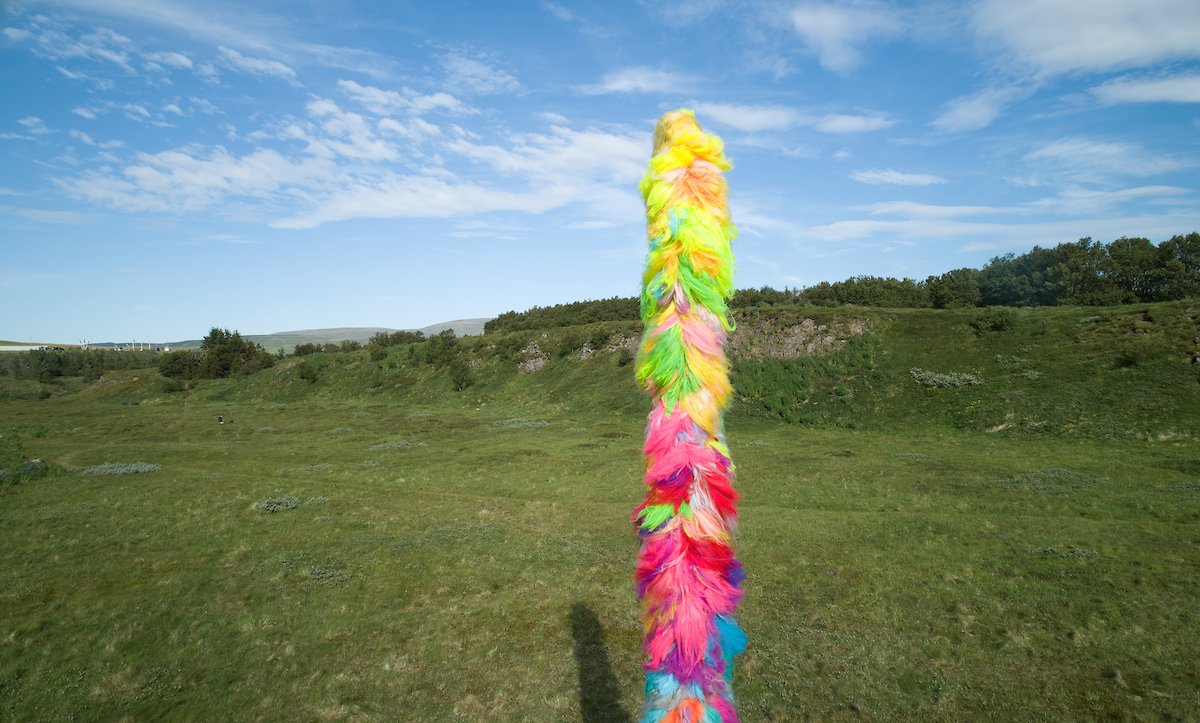 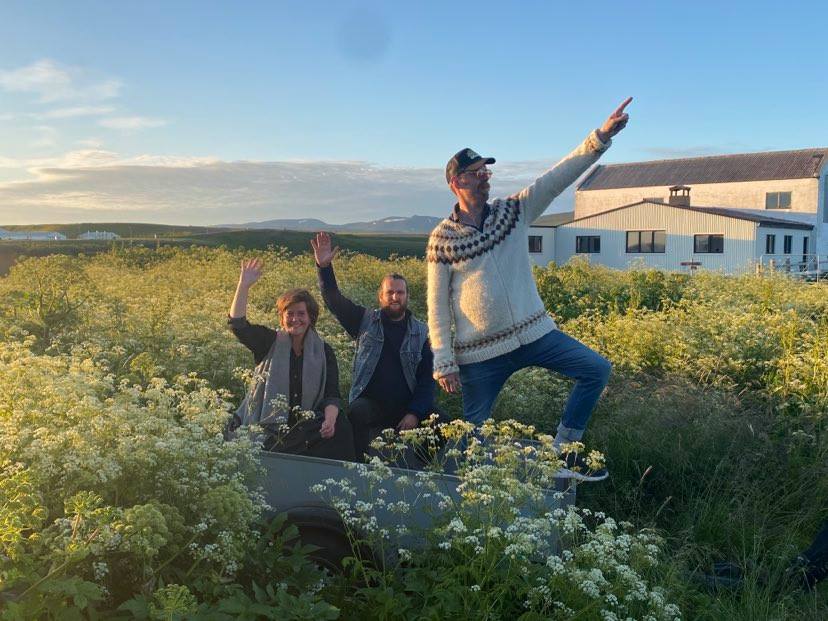 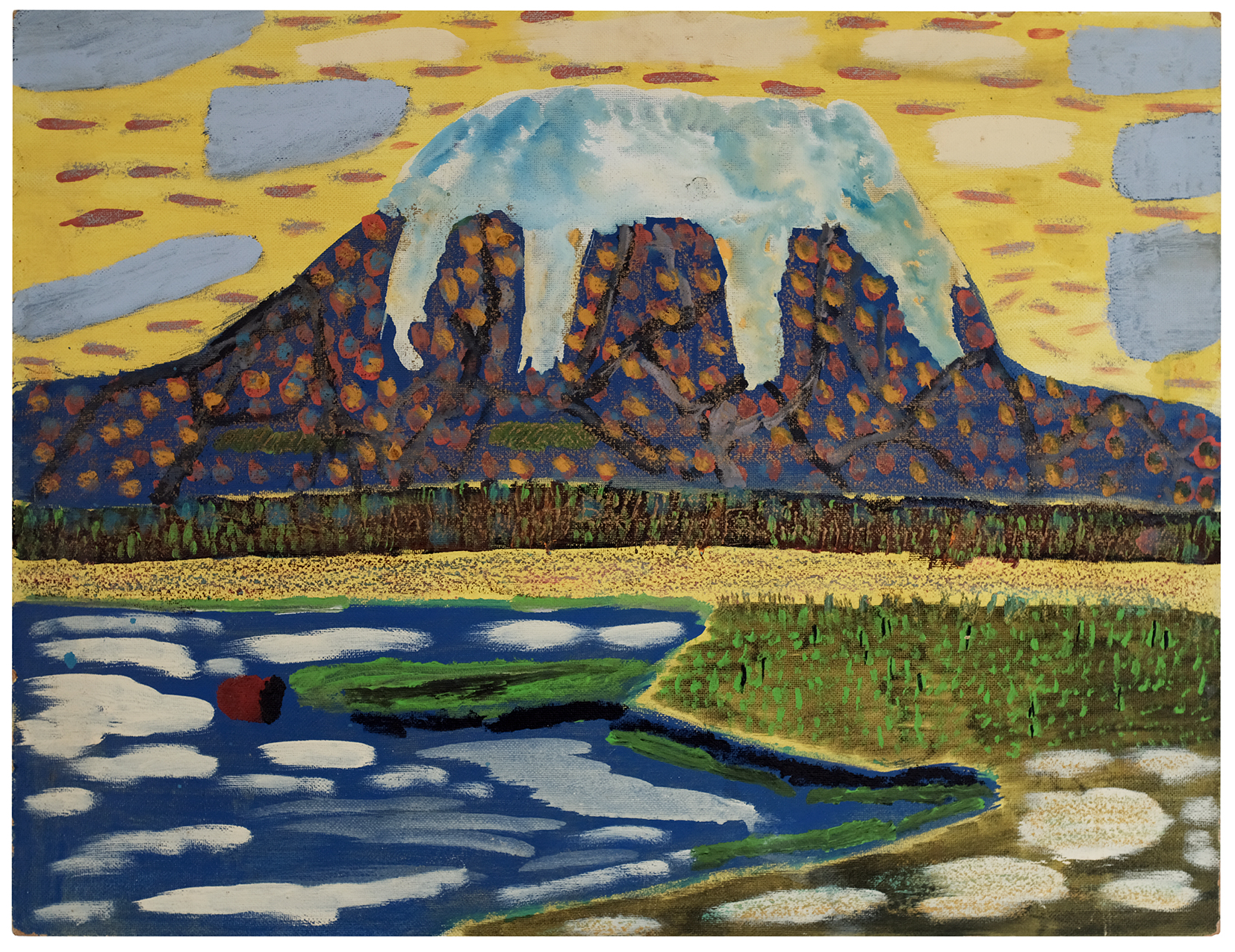 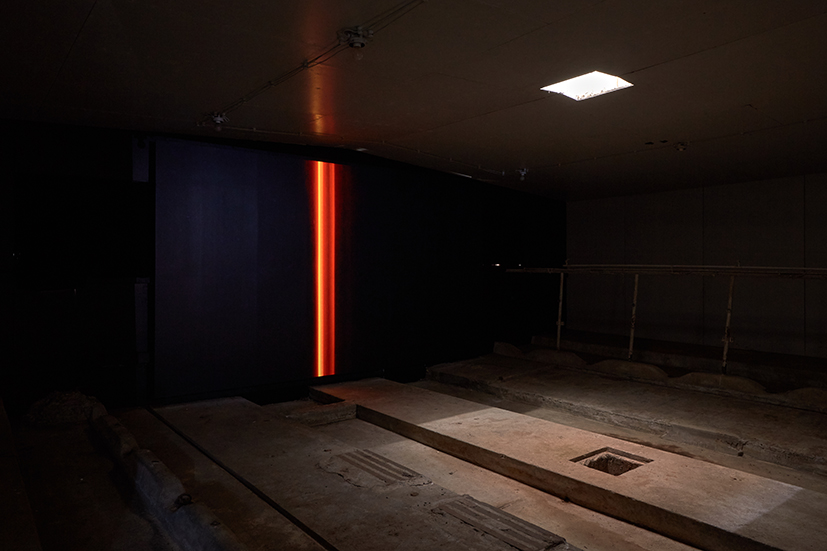 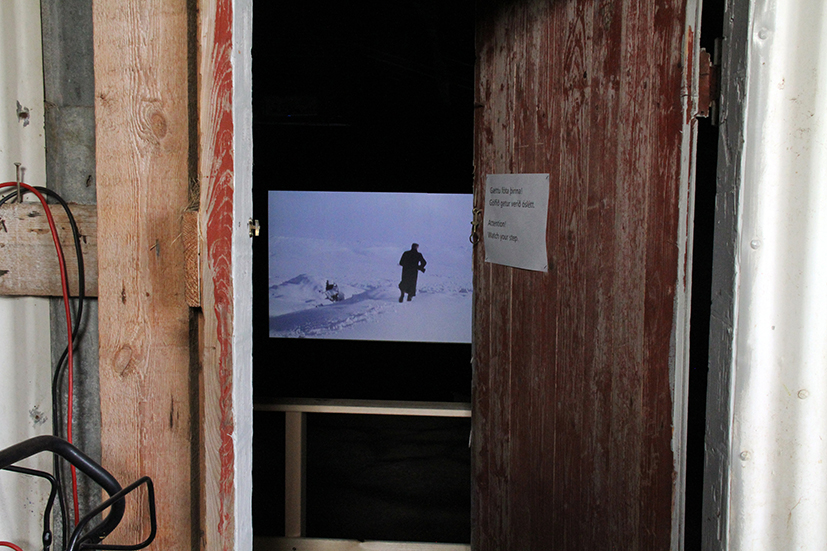